There are few philosophers today who have a truly profound grasp of the universe. Individuals with such inherent wisdom, that to ignore their advice is an exercise in folly.

So, when I heard the Aristotle of the 21st century say these words:

This is a new year. A new beginning. And things will change.

While consulting scholars on the many interpretations of Swift’s words, I was surprised to find a large number of people angry about the mere existence of New Year’s resolutions.

You may be surprised to hear that anyone on the internet could be angry, but a quick Twitter search for “new year’s resolutions”, “tabs vs spaces”, or literally anything at all — reveals a barrage of angry tweeters.

New Year’s resolutions are pointless. A good developer hones his talents constantly, not waiting until some arbitrary calendar date.

The conclusion that New Year’s resolutions are arbitrary isn’t wrong. But, at the same time, this sort of gripe largely misses the point of goals, and incorrectly assumes that arbitrary equates to worthless.

So, in defence of the arbitrary…

Lots of things in life are arbitrary. Shaking someone’s hand is arbitrary, as are birthdays, and the unwritten rule in Mario Party to make a Waluigi NPC and then hate him, passionately and unconditionally.

While shaking someone’s hand is arbitrary, it still serves a useful function. If someone refuses to shake my hand, I can deduct that they probably dislike me. If someone slaps my hand away, and goes for a hug, I can tell that I’m in for one hell of an uncomfortable job interview.

We often depend on the arbitrary in tech, too. A sprint kick-off meeting is nothing more than an arbitrary time to reflect on your team’s current trajectory, and make new goals.

When your company aims to hit 100,000 X-events by Q3, that’s not because someone sat down and found that 100,000 is the exact optimum number required for maximum X-ness. It’s just a nice goal. Arbitrary, but aiming for some ethereal “more” is less satisfying than “100,000”.

Sprint and quarterly goals are just New Year’s resolutions, but for smaller periods of time, and involving less alcohol.

There is a lot of evidence showing that humans are much more effective at achieving their goals when those goals have clear time-bounds, and when they are specific.

If you don’t want January 1st to be your arbitrary starting point, that’s fine. But embrace the arbitrary, don’t fear it! Set two random dates in your calendar as a start and finish, and go wild. Achieve your goals.

For me, I love reviewing goals for January 1st. Nothing gets a New Year’s Eve party going like asking for the music to be turned down while you extrapolate some numbers to confirm feasibility.

One of my goals for 2020 is to post more regularly. I have a few ideas already, so look forward to posts on: 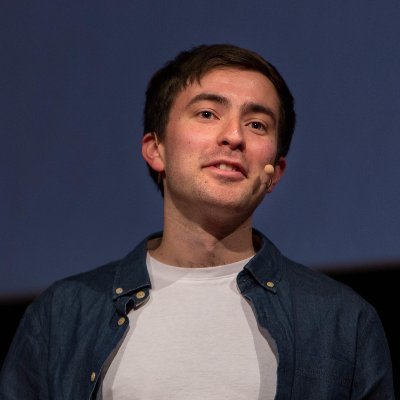